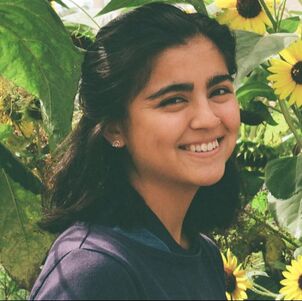 Miranda Simes
Miranda Simes is the Executive Director of Development for TCA, where she organizes and executes fundraising efforts. This includes developing fundraising plans, participating in solving logistical issues and collaborating with multiple colleagues, institutions and departments. She is also a researcher working on the Post-Traumatic Prison Disorder project.

Miranda graduated from Columbia University in May 2020 with a BA in Sociology. Interested in the ways in which space is weaponized and criminalized, her senior thesis investigated differences in immigration attitudes between two Texas border cities. While at Columbia, Miranda also worked as a research assistant to Dr. Diana Hernández at Columbia’s Mailman School of Public Health, on an extensive interview-based study of energy insecurity in ten American cities as well as on a smoke-free housing study in the Bronx. Miranda continues to work with the NIEHS Center for Environmental Health in Northern Manhattan.

While at Columbia, Miranda also served as treasurer and president of the Columbia Outdoors Club, where she helped found a financial aid program and expanded the club’s event offerings to make the outdoors a more inclusive space for POC. Currently, Miranda is also co-founder of M-A for Racial Justice, a group of high school alumni working for change at her alma mater high school in California.

The images, pictures, videos, and text on this website are copyrighted and may not be downloaded or reproduced. These materials may be used only for Educational Purposes. They include extracts of copyright works copied under copyright licences. You may not copy or distribute any part of this material to any other person. Where the material is provided to you in electronic format you may download or print from it for your own use, but not for redistribution. You may not download or make a further copy for any other purpose. Failure to comply with the terms of this warning may expose you to legal action for copyright infringement and/or disciplinary action.
The Confined Arts Program located at Columbia University and is a sponsored project of Fractured Atlas, a non‐profit arts service organization. Contributions for the charitable purposes of THE CONFINED ARTS must be made payable to “Fractured Atlas” and are tax‐deductible to the extent permitted by law